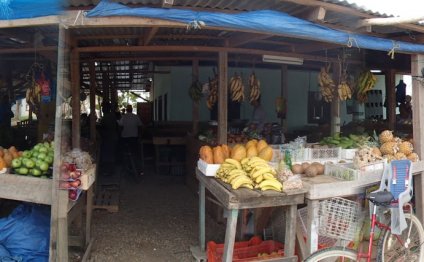 Belmopan is the Belize capitol, and with a population 20, 000 is the fastest growing population center in Belize. Once a sleepy town mainly populated by public employees, the city has rapidly expanded primarily due to immigrants who have settled on the outskirts, and by an increasing number of Belizeans fleeing the crime, congestion rickety infrastructure and lack of land for housing in the old capital Belize City.

The failed satellite city of Mahogany Heights constructed in 2001 at mile 25 on the Western Highway to alleviate congestion in Belize City, and its inability to attract residents after five years of promotion and marketing (it is now a village full of abandoned homes) spurred the development of Belmopan and folks and businesses sought a safer and more established population center.

Belmopan was constructed with British aid following the devastation of Hurricane Hattie in 1961 that demolished approximately 75% of the homes and business places in Belize City. The government of then Premier George Price promoted the building of a new capital city more inland, safe from tropical cyclones. This new capital would be located on better terrain, and would also provide for an industrial area. In 1962, a committee chose the site now known as Belmopan, located 82 kilometres (51 miles) west of the old capital of Belize City. Belmopan is 76 metres (250 ft.) above sea level, near the Belize River Valley, with an imposing view of the majestic Mountain Pine Ridge mountains. It enjoys cool climate conditions at night.

Work began In 1967, work began and the the first phase of the new city was completed in 1970. There was a reluctance initially amongst foreign governments to relocate their embassies to Belmopan as there was some doubt as to whether this inland area would really become the functioning capital of Belize. In February 2005, the U.S.A. government broke ground and started building a new United States Embassy in Belmopan, 43 years after Belmopan was chosen as the new capital city. The U.S. Embassy was inaugurated in December 2006. This is the largest and most modern U.S. embassy in Central America.

Today Belmopan is one of the safest cities in Belize. It has evolved into a thriving city with four banks, embassies and consulates, several supermarkets, good night life, well-laid out streets and avenues and paved roads. Belmopan is a one hour drive from Belize city, heading west on a well paved highway. San Ignacio and Santa Elena are forty minutes further west. The population of Belmopan is rapidly expanding as Belizeans and immigrants have flocked to the area and built several suburbs such as Salvapan, San Martin and Las Flores. Maya Mopan is an interesting new suburb formed in 2004 by a spontaneous migration of Mopan Maya and Ketchi Maya immigrants from the south and west of Belize.

Belmopan is laid out around a Ring Road that encircles most of the city. It has good road signage, pedestrian ramps, wide open green spaces, and a building code requiring all buildings be made of concrete in order to reduce fires which plague Belize City where wood buildings and extreme congestion make this a recurring peril. This code does not apply to outlying areas where traditional wood and thatch construction is used by the Maya communities. Market days in Belmopan are Tuesdays and Fridays. Here you will find farmers, fisher folk, butchers, artisans, mobile pet stores, peddlers, traveling tradesmen, and furniture makers. An eclectic variety of fresh produce, marine products, new and used furniture and appliances, clothing, pets, retail and wholesale groceries, and cookouts make these the best days for shopping in the capital.

Being in the centre of Belize, many Belizeans and visitors make Belmopan a watering hole for refueling, stopovers or a jumping-off point for adventure in other Belize destinations. Belmopan is still a relatively quiet city and increasingly a home for retirees looking for a safe city with easy access to essential services. With the growing population several nightclubs have sprung up in the outskirts if the town to provide for a vibrant nightlife. Belmopan is one of the few places in Belize with branches and ATMs of all banks operating in the country. These include the Belize Bank, Scotia Bank, First Caribbean Bank and Heritage Bank. Belmopan is the official home of the annual Belize Agriculture and Trade Show that features exhibits from Belize and Central America, a rodeo, mechanical rides, music and cultural presentations. It is the single largest fair in Belize usually held in the month of May.

The city has a reasonable number of hotels. Recommended places to stay: Yim Saan Hotel and Restaurant at the entrance to Belmopan (excellent Belize Chinese food), the Bull Frog – good but not much value for money, and Garden City Hotel. For backpackers and those on a tight budget El Rey Inn is popular. Banana Bank jungle lodge is located in the suburbs of Belmopan on the Belize River and offers safe accommodations, horseback ridding and a swimming pool.