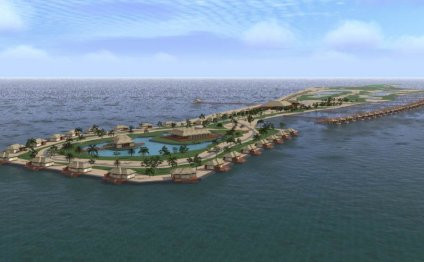 The Caye Chapel Island Resort, described by sales agents as “the ultimate private retreat” and “a true trophy property, ” is reportedly off the market after reports that BCB Holdings has struck a US$30 million deal with Yumi Limited of the British Virgin Islands for the purchase of the 265-acre property.

The ownership of Yumi Limited has not been disclosed, and a report published on StockMarketWire.com (SMW) merely says that the company is “funded by private equity.”

No company details were found in an online search conducted by Amandala. A real estate agent who has had interest in the asset, questions whether Yumi is a shell company affiliated with the Ashcroft group. He furthermore indicates that there had been multiple offers for more than the sale price. In fact, the Caye Chapel Resort property, located just 12 miles from Belize City, had been listed at a price of US$42 million to US$45 million.

If you are wondering how the property ended up in the hands of the Ashcroft Alliance, we have found, from court papers we’ve seen, that British Caribbean Bank International Limited, based at Market Square, Belize City, had acquired the property in lieu of a US$30 million liability Caribbean Holdings Inc. (CHI) held with the bank.

The bank held the island and villas as security or collateral for a US$20 million loan, which was later increased. The bank acquired Caye Chapel in 2011, in settlement of CHI’s indebtedness to the claimant.

In last year’s Independence Day address, Prime Minister Dean Barrow, in outlining impending investments in Belize, had announced the imminent sale of Caye Chapel to Qatari Diar for a four seasons branded, five-star hotel on the property. However, that deal subsequently fell through.

The Stock Market Wire report published this week announced the agreement for the sale to Yumi by the end of the year.

“The terms of the transaction provide for an initial non-refundable payment prior [to] a due diligence period from 1 September to 14 November, and a final closing on December 20, 2013. The disposal valuation is in line with book value, ” the report said.

Caye Chapel, just south of Caye Caulker, at one point was owned by Isaiah Morter, British Honduras’ first known black millionaire. Morter willed his entire estate to Marcus Garvey in the cause of “African redemption.” When Garvey went to jail in Atlanta State Penitentiary in the late 1920s, his Universal Negro Improvement Association (UNIA) was taken over by charlatans who grabbed the Morter estate and were confirmed in their ownership by a British court in 1939. The leader of the UNIA group which pushed out Garvey, a Caribbean physician by the name of Dr. Lionel Francis, then came to Belize and entered social and political life in the colony. He was a victim of Hurricane Hattie in 1961.