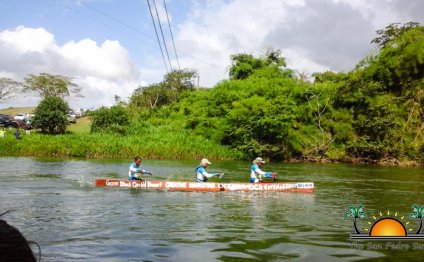 The country of Belize was first inhabited by the Maya Indians who had an incredibly advanced civilization. They had their own writing called glyphs and their own calendar. The Mayas were skilled mathematicians. They were the first culture to discover the concept of zero. They were also great architects. They built massive temples, cities, and palaces. The cities were well planned and the temples were shaped like pyramids. Tikal, located in Guatemala, was the largest Maya city ever built and included five pyramids. The Mayas were skilled astronomers. They studied the stars and learned to tell when the rainy season would come.

The great Mayan civilization lasted 1, 000 years, and began to decline around the year of 900 A.D. It is unknown why the Mayan civilization ended, but there are many theories One theory suggests that the population of the Mayas grew too great. With a lack of food and possible internal fighting, the civilization fell apart.

The Mayan civilization was followed a period of occupation by Indian tribes, and then became a hideout for pirates for the next 100 years. These pirates took advantage of the many Cayes off the coast of Belize. Around 1650, the pirates started to log the mahogany and logwood forests of Belize. The loggers came to be known as Baymen. The pirates used the labor of black slaves to log the wood and send it to England.

It wasn't until 1862 that British Honduras was recognized as part of the British Commonwealth. After World War I, when black soldiers were returning to British Honduras, the first stirring of independence came about. These soldiers objected to the discrimination they experienced by the British colonial bureaucracy when they returned home. They protested, but were crushed by British police. The first viable challenge to British colonial rule was the labor movement in Belize.

From 1920-1980 independence was sought and finally achieved, through the efforts of workers, labor unions and a nationalist movement. The country, formerly known as British Honduras, became Belize in 1981.

Belize is located on the Yucatan Peninsula, south of Mexico and east of Guatemala. The total area of Belize is 22, 960 square miles and the land area is 22, 800 square miles. Belize is slightly larger than Massachusetts and almost exactly the same size as El Salvador. Belize has a coastline of 208 miles, and land boundaries totaling 279 miles. These boundaries are bordering Guatemala for 144 miles and Mexico for 135 miles.

Belize has hardly any elevation at all. Most of the interior terrain is dense tropical forest. On the coast, the terrain is mostly a swampy plain. In the southern area of the country, the Maya Mountains boast the 3, 000 foot high 'Victoria Peak'. Off the coast, thousands of islands exist. Some major spots for tourism are: Ambergris Caye, The Turneffe Islands, Caye Caulker, Lighthouse Reef, and Half Moon Caye.

The climate of Belize is tropical. It is very hot and humid. The average temperature is 79 degrees F. This temperature varies little throughout the year. In the mountains it gets quite chilly at times (50s).

Belize is a country with many natural resources. A few of the natural resources of Belize are: arable land potential, timber, fish, sugar, (which is the main resource), bananas, citrus, cocoa, tropical hardwood, shrimp, and beef. A small manufacturing sector also exists in Belize. It produces: beer, cigarettes, batteries, flour, fertilizer, nails, T-shirts, clothing, rainforest products and roofing. Because of its rich and diverse natural resources, Belize is expected to become an up-and-coming world economic player.

Belize is a relatively small country. The population is around 300, 000 and it is expected to double its size in about 22 years. There is much ethnic diversity in Belize. Black Creoles, which make up 39.7% of the population...

Nations of the World: Belize, Argentina, and Mexico