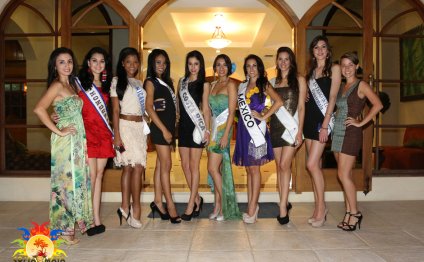 In Belize’s Cayo District, it doesn't take long for any other reality you've brought with you to fade. In this frontier land of rivers and rain forest, your mind and your body are occupied with challenge and discovery from sun up until you fall exhausted into your bed each evening.

Mick Fleming is something of a legend in this part of Belize, a larger-than-life character who, more than 30 years ago, with $600 in his pocket, made his way to Belize City, where he met a guy in a bar who owned a piece of land in the jungle he was interested in selling. Mick bought, thinking he'd try his luck as a farmer. The farming was tough going, but, in time, Mick identified another opportunity. Travelers were beginning to find their way to this remote region. They'd happen upon Mick and ask if he had a place where they could spend the night.

Mick built a few thatched-roof cabins ... then a few more ... then a dining room and a bar.

I met Mick about a quarter-century ago, when his Chaa Creek Lodge was a humble (electricity- and hot water-free) but beautiful oasis in the rain forest. I returned as often as I could for years, but, when I traveled out to see Mick most recently, I realized it had been maybe 13 or 14 years since my last visit. In the intervening years, Chaa Creek has grown up. Today, it's 25 luxury villas, a spa, a swimming pool, and five-star service in the still thatched-roof dining room.

"The world has changed since we saw each other last, " Mick said our first evening together. "We watch the news here each evening. We know what's going on out there. It's not that we've got our heads stuck in the sand. It's that we choose a different reality."

At Chaa Creek, Mick, his wife Lucy, and their staff (Chaa Creek employs more than 125 local Belizeans) grow their own fruits and vegetables on site, make their own furniture in their woodshop, and thatch their own roofs using techniques passed down from father to son in this part of the world for centuries.

The relevant point is that the opportunity that Mick came to this quiet corner of the world to find more than three decades ago exists still. Belize's Cayo District remains a place where a man (or a woman) can stake a claim and carve out a simple but rich and rewarding life.

Belize is a quirky country. Belize City's roadways are built around a system of roundabouts (thanks to her British colonizers), but shops alongside them sell rice, beans, and tortillas still ground by hand.

Everyone you meet speaks English (it's the country's official language), but this belies the stories of their origins. The 350, 000 people populating Belize today are descendants of migrants from Britain, but also, more so, the surrounding Central American countries. You've got Mexicans, Guatemalans, Hondurans, and Nicaraguans mixed with current-day generations of the Maya who originally inhabited this land, the pirates who came later, the Mennonite farmers who began arriving on the scene in the 16th century, the British who ruled until 1981, and each other.

Belize is a country of freedom-seekers. The pirates came to ply their pirate trading out of view. The Mennonites came from Germany and the Netherlands so they could be Mennonites without anyone bothering them. The British came to do their banking in private. And the folks from the surrounding countries have made their way across Belize's borders over the decades in search of safety.

The early English in this part of the world were under such constant pressure from Spain that they were reluctant to establish any formal government to manage Belize for at least a century. From the beginning, as a result, Belizeans had to be self-sufficient. These two founding characteristics remain the driving forces behind Belizean culture today. The country has always attracted expats who value independence and freedom.

Belize is a nation of independent thinkers and doers, a country where you make your own way and where, while you're doing it, no one is making any attempt to thwart your efforts, including the Belize government. This is a poor country. The government doesn't have enough money to get up to any real trouble. And, if they tried, the Belizeans wouldn't allow it. The focus here is on very local-level government-addressing the crime problems in certain southern sections of Belize City, for example, or trying to dissuade the Guatemalan banditos who occasionally wander over into Belize in search of a couple of good horses to steal.

Arriving in Belize, stepping off the plane, and walking across the tarmac to the one-room arrivals hall of the airport, you have a sense of leaving the rest of the world behind. Belize and her people operate according to their own rules and mind their own business. The troubles, uncertainties, and worries that seem so all-consuming stateside and elsewhere in the world right now fade away here. You're faced with a land that remains a frontier, undeveloped and oozing potential.

Belize is also one of the most user-friendly places in the world to establish foreign residency, and a place where a retiree could enjoy a back-to-basics lifestyle on a modest budget. You could buy a building lot in a planned community for as little as $25, 000 and build your own home for as little as $100, 000.

Kathleen Peddicord is the founder of the Live and Invest Overseas publishing group. With more than 25 years experience covering this beat, Kathleen reports daily on current opportunities for living, retiring, and investing overseas in her free e-letter How To Retire Overseas—Everything You Need To Know To Live Well Abroad For Less