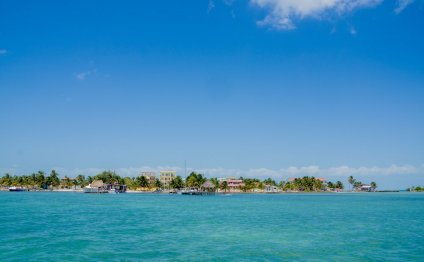 Get Deals on Flights to Belize

Flights to Belize are frequent and because Belize is conveniently located just over two hours from the two major gateway cities of Miami and Houston, it is no wonder that the majority of visitors entering Belize do so via the airline industry. The four international airlines serving the country include American Airlines, United, U.S Airways, Delta Airlines and Grupo Taca.

There is one Saturday-only flight that departs from Newark Liberty International Airport (NWR) at 9:15 a.m. and arrives in Belize at 12:40 p.m.

Taca airlines offers regularly scheduled flights to Belize City via Houston and Los Angeles. There is one daily flight from Houston (IAH) departing at 2:10 p.m. and arriving in Belize at 4:35 p.m. There are three daily flights from Los Angeles (LAX) that travels to El Salvador before reaching Belize. The three flights departs at 1:00 a.m., 12:25 a.m. and 11:59 p.m. The waiting time between flights in San Salvador varies but all three flights depart San Salvador on one flight bound for Belize City at 8:35 a.m.

US Airways offers one daily non-stop flight from Charlotte, NC (CLT) to Belize every week. This flight departs CLT at 10:35 a.m. and arrives in Belize City at 1:04 p.m.

Delta Airlines, which begins serving Belize on December 11, 2004, plans to offer one daily non-stop flight on Saturdays-only between Atlanta and Belize. This flight will depart Atlanta at 10:30 a.m. and arrive in Belize at 12:40 p.m. Flights to Belize from San Diego

It appears that the date/time on your computer is not set correctly. This will affect your ability to use KAYAK properly…