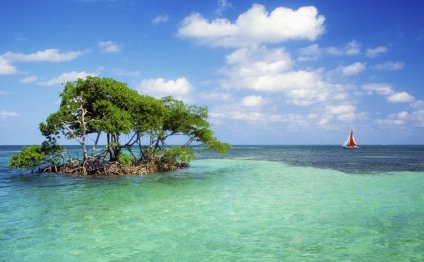 To the Birds of Ambergris Caye. Elbert and his friend Bubba have been long-time watchers of the birds and humans on Ambergris Caye, and their insights are often both rewarding and amusing.

This website contains information about the 260 species of birds that recorded. The column's "Bird of the Week" format contains details of bird observations along with morphological classifications.

Mr. Greer sometimes provides some humour as he accounts the observations with the help and company of his Labrador companion, "Bubba." Bubba sometimes contributes mild metaphors about life on the island and certain birds.


A fantastic series of adventures with Bubba and the art of birdwatching.

(BIRDWATCHING WITH BUBBA by Elbert Greer, Library of Congress Number:,

Here are a few words from Mr. Greer: Birds of Ambergris Caye is the title of the column I've been writing for the Sun. Ambergris is a unique island behind the barrier reef and is host for 260 or so different species during the year. This is a large number for a barrier reef island!

In the country of Belize 534 species have been counted. For those of you who are new to Birdwatching I should explain that the entire world has 8, 600 different species spread thinly over the varied habitats this planet has between its poles. 534 is a spectacular variety for a country the size of Belize. This number is largely due to the diversity of habitat within its borders.

I've decided to expand my writing to include all the birds of Belize and journey off the island to the mainland. Next week I plan to visit a unique conjuncture of savanna habitat and jungle habitat up the Northern River past Bomba, to its end near the village of Maskall. I've been hearing rumors about fresh water springs there that attract avafauna in the dry season.

Bubba will be staying at home to cover island events. He has never come to terms with creatures like crocodiles and jungle cats that I'm sure to encounter. I'm packing my big boots.

Mr. Greer writes from a remote end of the island with no phone, electricity or street address. He may be reached by post (which he prefers) and his address is Elbert Greer, General Delivery, Ambergris Caye, Belize,

Guided birdwatching tours by boat around the island, through its many channels and lagoons or visits to its neighboring mangrove islands can be arranged by contacting Elbert.

Belize sits within the Mesoamerican Biological Corridor, which stretches from Mexico through Central America and is home to a diverse range of birds and wildlife, helping to make the little country a birders’ paradise, with some 618 resident species and visiting migrants sharing the rich biodiversity of Belize. At Chaa Creek alone, the Birds without Borders project, conducted in conjunction with the Zoological Society of Milwaukee and Foundation for Wildlife Conservation, recorded 308 different species within the eco-resort’s 365-acre private nature reserve.

Since that ambitious project, Chaa Creek has supported naturalist guides who are interested in broadening their knowledge of birds, so that there are now dedicated birding guides to share their experience and lead birdwatching expeditions. We’re finding that, in addition to the people who come here specifically to enjoy this richly rewarding pastime, some guests have developed a passion for birding after getting their first taste of it at Chaa Creek.