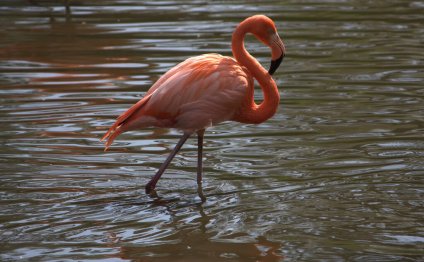 He began to build a condo, but the labor cost was high
His partner stole his money, that left him high and dry
His land is still a mudhole, where you sink up to your knees
And he’s just another gringo in Belize

The “gringo in Latin America” has a certain image: A ne’er-do-well in a panama hat and a guayabera with a terrible command of the local language and money from questionable sources — a walking caricature of a Jimmy Buffett song.

But Latin America — and particularly Belize — has also long been a popular retirement destination for Americans, Canadians and Europeans looking to enjoy great weather and a fantastic lifestyle for considerably less than what they might pay in West Palm Beach, Fla., or Scottsdale, Ariz. Belize also has no taxes on income or property, making it an ideal escape — for those who want to live in or just invest in Belize — in an era of bankrupt government and creeping taxation.

With the baby boomers now starting to retire en masse, the Central American retirement industry is booming — but unfortunately, so is the industry of scamming unwitting gringo retirees out of their nest eggs.

The gringo penchant for getting sucked into Latin American land scams goes back centuries. Even the Scots, world-renowned for having a hard nose for business, faced national ruin following the Darien Disaster of the 1690s. The Scots — who really should have known better — tried to build a trading colony on the mosquito-infested Caribbean coast of Panama, and by some estimates as much as half the cash of the Scottish population was invested in the project.

Its miserable failure — and resulting effective bankruptcy of the nation — was a leading factor in Scotland’s decision to merge with England to form the U.K. in 1707.

Investing in Belize – An Industry of Scamming

Belize’s con artists must be working overtime to generate that kind of notoriety.

But should you avoid Belize altogether if you dream of retiring in paradise? Not at all. You just need to be smart about how you approach it. Let’s take a big-picture look at the Belize story.

Belize is unique in Latin America in that English, not Spanish, is its official language. Property deeds, contracts and other legal documents are in English, which avoids the cost, hassle and risk associated with operating in a language that is not your own. Until the 1980s, Belize actually was a British colony, and even today Queen Elizabeth II of the U.K. serves as head of state.