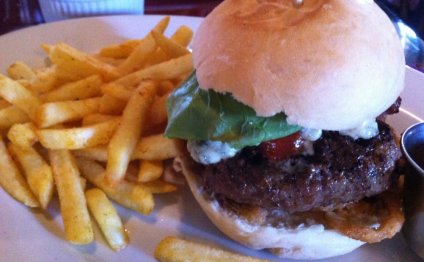 9:00am Flight from San Pedro Airport to Belize City Municipal

Of course I was not about to get on a plane without breakfast first and was too busy to eat before I left Home. Thankfully I was able to score a ride to town with Aimee and Tori who were going to a yard sale up at Costa Maya and they dropped me off at Ruby’s Hotel so I could get food before heading to Tropic Air.

I knew I was taking my chances, but I was still hopeful and said a prayer to the food gods on my way into to town that there would be bacon and egg Johnny cakes. Normally you have to get to Ruby’s by 7:30 ish to get them as they are a hot commodity. Thankfully I lucked out and scored some and a fruit salad.

Before leaving Ruby’s, I posted a picture with the following the question – Did you know the name Johnny cake was adapted from journey cake as they were a sturdy food that traveled well on long journeys?

Maureen Utsman took me one step further on my information and replied that log hunters took them for food when they were gone for a week, hunting mahogany trees in the jungles of Belize.The journey was the trek through the jungle hunting mahogany. The”journey” cakes were wrapped up in a kerchief and tied to their belts.

My 5 minute journey to had me arriving not long after Kendall. The airport was already packed so we ended up on separate planes. His left early and was a “milk run” stopping at Caye Caulker and International first. Lucky we both love milk runs. Even though he had a more fun ride, I still won “the race.” My plane left on time and I beat him to Municipal. When I got there Junior found me and asked if I was the “taco” that was traveling with Kendall. I told him I was and that Kendall would be there any minute. Sure enough right after I said that his plane landed and we were off like a herd of turtles to Burrell Boom.

The directions Kendall had gotten were much like the same way we do it in San Pedro. The guy we were meeting told him something like – “take the first road before Black Orchid Resort, drive to the end and you will see my place.” We spent all of 10 minutes there. It was a fast trip to meet and look at a compressor then, in the blink of an eye we were driving back to the city.

In addition to taxi rides, Junior does mainland tours and based on time spent with him, I would definitely recommend him as great Belize City and Mainland go to guy. Not only was he fun to hang out with he was informative and told me a 3rd tidbit about Johnny cakes. Apparently back in the day “journey cakes” were made for dipping, they were much harder then because they were made without yeast, making them sturdier for travel.

Since Kendall had never been to Belize City before I told him I would take him on a fast shopping tour so he could see what is available compared to San Pedro stores. We asked Junior to drop us of at Mirab Home Store then we hit Simon Quan, Ace Hardware, Downtown Plaza and Brodies. Food and Beverage and Angelus Press were also on the list but both were closed.

My big planned purchase was a mid sized travel bag to use this week when we go to San Ignacio and Belmopan. I saw a backpack at Simon Quan for $79.99 BZD but was not ready to pull the trigger yet. Thankfully I waited as I saw the same Everest one at Brodies in a color I liked better. The only issue was it was $90 BZD. I took the bag to the upstairs counter and asked if there were any sales happening. I explained to the clerk that I had seen the same one cheaper at Simon’s store so he was nice enough to give me 10% discount. Because of his generosity, I decided to buy a dice game called Bones. I figured we can give it a try this week. On our way out, I also bought a copy of, it caught my eye because and a big lion fish were on the cover.

My Johnny cake and fruit salad had long worn off so after we finished shopping, it was time for lunch at the . If you have eaten there already, I do not have to tell you the food and service was great. If you haven’t … What are you waiting for? Needing hydration we both went for a bottle of water and a lime juice – great sweet tart balance. I went for the Asian chicken salad with a side of garlic mashed potatoes; Kendall opted for habanero bacon burger. We were both full but wanted a sweet treat so we split a wedge of key lime.