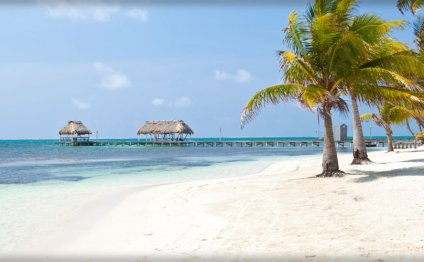 A school of shimmering silver jack had just glided by overhead as I crested the reef, where a trio of tall orange sponges rose toward an outcropping of coral and a pair of purple sea fans framed the opening of a dark nook.

My heart raced and my breath quickened, a rush of bubbles streaming upward as I caught sight of my prey. The billowy fins, the showy spikes shooting from its spine, the majestic stripes flowing into the distinctive mane.

It hovered carelessly in the pristine, bath-warm waters, this sea creature of local legend. I raised an arm, stretched a small piece of elastic cord, and sent a spear through the back of its head. Success! Death at 60 feet below the surface. I was now more than just a scuba diver. I was a trained killer.

Diving, in its common form, is a gentle adventure. I’ve heard many experienced divers liken it to an underwater hike or safari, a pretty good description of what I have found in my decade-plus of exploring the oceans. Thrills come from spotting a rare fish, marveling at a soaring ray or spying a reef shark as it slips by.

But one of the main tenets of scuba diving is that you are to look and not touch. Leave the ocean and all its inhabitants as you found them. Visit and admire their world, let them live in it. That is, except for the lionfish.

On a recent visit to a stunning atoll about 35 miles east of Belize City, the divemasters — and the national government — all but implored us to kill this magnificent monster. Although the lionfish is a beauty, they’ll tell you, it is an invader to the Caribbean Sea, a scourge on the Belize Barrier Reef, the second largest in the world.

The lionfish — native to the Pacific Ocean and believed to have been introduced to the Atlantic when a beachside aquarium in Florida broke during Hurricane Andrew in 1992 — has no natural predators here. It reproduces often and in great number. It eats its weight in local juvenile fish every day or two. It has a bevy of venom-laced triangular-tipped spikes that keep larger fish away. And it is slowly destroying the natural balance that keeps the reef vibrant. Posters in the dive shack say it is “wanted dead or alive, ” and the government of Belize has at times offered a bounty.

So on dives that normally would have been tranquil meanderings gazing at coral or staring at flamingo tongue snails, many of us carried spears and searched the reef for lionfish prey. Kill them, kill them all.

The lionfish hunts added adrenaline and intrigue to a journey that probably didn’t need it; these islands off the coast of Belize offer some of the most interesting diving, nature and oceanscapes imaginable. The trip was the first my wife, Nikki, and I have made to Central America, with the promise of a dive haven unlike any other in the hemisphere. It didn’t disappoint. The journey was a long time in the making, because Nikki had wanted to travel abroad for her 40th birthday, and she had some requirements: The destination had to be tropical, scuba diving had to be on the menu, and we had to leave the kids at home. We also wanted to go somewhere we hadn’t been, and with previous dive trips to the Bahamas, St. Martin, Tahiti and Hawaii, we had seen a pretty decent array already.

Belize wasn’t originally at the top of the list. We first considered several far-flung locations, but decided that all of them were too distant for a week-long vacation from Washington: the Maldives, the Galapagos, the Cook Islands, South Africa. Nikki wanted to try a live-aboard boat, something that I feared because, well, what if you get stuck with a whole group of people you don’t like? Even a big boat could get very small very quickly. how much product to use skincare how design 2023 where to find solutions manuals for textbooks what entrepreneur really means who is responsible for product quality how to launch startup where to build science nexus which business should i start how much technology has china stolen who safety solutions how many startups registered in india where to find device id on iphone whose education system is the best which design is subject to chromatic aberration how to buy a business location when technology fails meme how far phone from apple watch startup who is rebecca stroud whose teaching inspired the french revolution why device left astralis why solution is called homogeneous mixture which manager has been sacked the most which science is the easiest how to find development opportunities where to develop 35mm film cheap the man company best products where to develop 35mm film cheap how many project management processes are there how far route 66 how much science diet to feed dog who founded london england when technology was invented who developed the hierarchy of needs when manager says thanks how to reply which design pattern to use how much london eye cost where is devices where is development house in nairobi how often processing solution should be replenished how often roadmap releases are published why technology is important in our life who london jobs where the solutions to the identified problems presented where london magazine how science works book
Source: www.washingtonpost.com Belize is unlike many other Caribbean destinations, where it s easy to isolate the best beaches of a particular island. The…