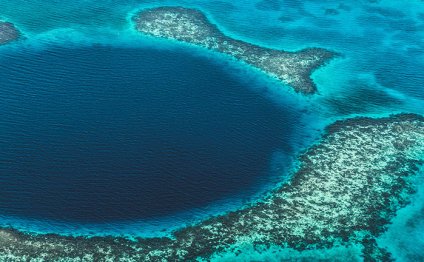 Actun Tunichil Muknal, which means “Cave of the Stone Sepulchre” and is often referred to simply as the ATM, is an important ancient Maya underground ceremonial area not far from Chaa Creek in the Cayo District of Belize. The ATM Cave is home to the famous “Crystal Maiden” the intact skeleton of a young female that, due to a covering of calcium carbonate, sparkles eerily in the lamp light. It is one of Belize’s most impressive adventure experiences. Barton Creek Cave is located in the Maya Mountains and is approximately 4.5 miles long. With an exciting canoe trip you can explore this cave which was formerly used by the ancient Mayans as a burial site and for ceremonial purposes. The Cave features 10 ledges on which archaeologists have discovered the skeletal remains of 28 humans, ages from children to adults, food storage and cooking vessels, stone tools, spindles, monuments, ritual offerings of corn and other agricultural products and fire hearths. Rio Frio Cave is located in the Mountain Pine Ridge area in western Belize. This is one cave attraction in Belize you do not want to miss. Steps and stepping stones lead visitors into the entrance to the cave which is impressive just because of its vast chamber sheer size. From the massive 70 foot arches at both ends of this cave to the room sized, vari- colored boulders and impressive chandelier-like stalactites hanging from the cave’s ceiling. Standing in front of the cave, visitors are dwarfed by the expansiveness of the opening that beckons them forward

St. Herman’s Cave is located about half hour south of Belize’s capital city of Belmopan in the 575-acre St. Herman’s Blue Hole National Park. This cave holds important cultural and archaeological significance, offering a glimpse into the Maya Classic Period. St. Herman’s Cave is truly a snapshot in time in the most magical, mystical of settings. Pottery vessels were found at the Cave, which were used for the collection of Zuh uy Ha (virgin water) from driping speleothems. Other interesting finds included spears and torches. Che Chem Ha Cave is located 16 miles from San Ignacio near Vaca Falls. Discovered by a local farmer, this cave is most notable for its unique collection of Maya artwork and artifacts. Visitors with an interest in archaeology will appreciate the cave’s entrance, which is decorated with Maya motifs and the extensive assortment of ancient storage jars, called “ollas, ” that line the walls of its chambers. Inside there are many ladders, each leading to chambers high within the cave, places where many ollas still contain maize and other staples of the ancient Maya diet. Because these antiquities are so distinctly representative of Mayan life, the cave is carefully monitored to prevent looting and visitors are only allowed to enter when escorted by an experienced resident guide.

Caves Branch is one of several subterranean sites that were carved out of the limestone foothills of the Maya Mountains by the very active Caves Branch River. The site provides an excellent example of the erosive power of water, and the natural wonders of Belize. Step into a rubber tube and float leisurely into the mysterious subterranean world of “Xibalba” – the mythic underworld of the ancient Maya. Enter an inner sanctum of crystal stalactites, stalagmites, rim stone pools, and ancient Maya artifacts. Trained guides lead visitors through a living natural cave system to witness the ongoing miracles that created this masterpiece of underground wonders. The crystal room which is located inside the cave has many beautiful formations that are enhanced by the light of your head lamp.