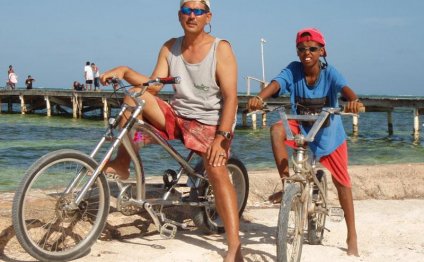 The tables below list the typical temperatures (in degrees Fahrenheit and Celsius) and rainfall (in total days, inches and millimetres) for cities and towns in Belize. There's also information on the annual average humidity levels in Belize City.

The locations with temperature and precipitation data are distributed around the country's mainland. Belize City is on the central coast, while Punta Gorda sits on the south coast in Toledo District. In Cayo District are Belmopan, the capital city in central Belize, and San Ignacio, located near the western border. Middlesex in Stann Creek District lies west of Dangriga. Libertad is in the Corozal District of northern Belize.

Humidity — Belize City has an average relative humidity in the afternoon of 73 percent.