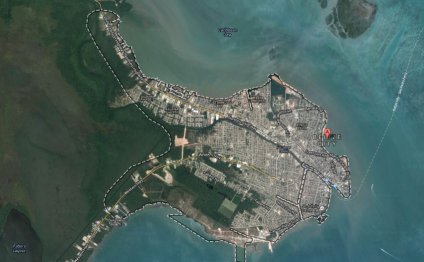 Today we are going to look at excursion ideas for one of the stops on our Navigator of the Seas 7-night cruise, Belize City.

Belize City is one of three stops on our cruise itinerary and I knew very little about this port prior to researching it.

Part of the reason I was attracted to this cruise was the fact we were going to go to Belize and Roatan (Honduras) because they are ports I have never been to before. The other reason I liked the idea of going to Belize is I'm a big fan of visiting Central American countries for their great food, beautiful beaches and great value for the dollar.

Quickly into my research across message boards and travel web sites I discovered a few key facts that gave me pause. First, Belize City is a tender port, which isn't ideal but what struck me is many people reported that the tender ride from ship to shore (and vice versa) is roughly 20 minutes. This long tender ride evidently leads to long lines trying to leave the ship in the morning or return to the ship in the afternoon. The lines are such a problem that others have suggested you need to book a Royal Caribbean excursion because those people get priority to leave first.

The other issue with Belize City is the port itself, which outside of the port gates is described by many as being less than welcoming. I've read the area looks rather run down and many that ventured out felt out of place very quickly. As someone that enjoys exploring the ports of call I visit, it was another concern.

After careful research I came up with these four excursion ideas.

Royal Caribbean offers an excursion called the "Private Island Beach Break" that is your basic beach excursion to this very small island. My research revealed this to be Bannister Island and is a basic, no frills beach getaway. Water, sand and optional food and beverage are there and not much else. Overall Rating On your cave-tubing adventure you will explore spectacular cave systems, which the ancient Mayans regarded…