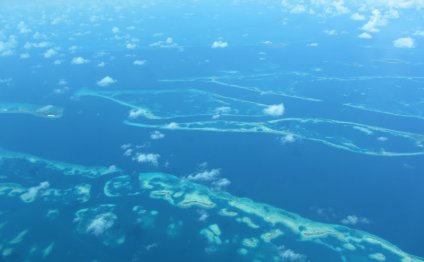 Belize City is the largest city in Belize. It is located on a small peninsula protruding into the Caribbean Sea. It was the capital city until flooding and other damage from a hurricane prompted the government to relocated to Belmopan, nearer the geographic center of the country.

San Pedro Express and other water taxi companies have boats going out to Caye Caulker and San Pedro from the city often. Remember if you buy a round-trip ticket, you will have to use the same company going back as you took going there.

Acting as the main point of entry to the country Belize City has many way of getting around and well as in and out. To travel and see more at your own pace, you may want to consider a private shuttle transfer to and from Belize City and arrange to stop at certain point of interest.

Due to the shallow waters near Belize City, most cruise ships will dock roughly 4 miles away to the Southeast. Tender boats will bring passengers from the cruise ship to the pier. The drop-off pier will be at the Tourism Village along Fort Street. Walk inland, past the covered shops, to reach Fort Street.

Use a taxi. If you want to get out of Belize City, use the taxi, bus, or even the little airplanes which take you to other destinations in Belize for less than US$100.

If you arrived via cruise ship, walk past the shops in the Tourism Village to reach Fort Street. You can walk downtown by turning left on Fort Street, turning left again on Front Street, and crossing the swing bridge once you reach Queen Street.

Getting to and Around the Cayes Belize is undoubtedly the “it” place in travel and tourism in Central America and the Western Caribbean. Not only is the culture attractive for foreigners as an English speaking nation, navigating to and around the Cayes of Belize has become very easy. For those wanting a truly Belizean experience, take the water taxis from destination to destination. San Pedro Water Taxi [5] departs from the Brown Sugar Terminal in Belize City with scheduled runs at 9:00 a.m., 12:00 noon, 3:00 p.m. 5:30 p.m. to San Pedro and Caye Caulker.