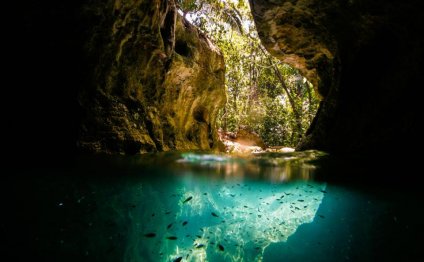 Things to see in Belize The Maya ruins of Xunantunich are located atop a ridge above the Mopan River near San Ignacio, within sight of the Guatemala border. Most of the structures date from about 200 to 900 BC. Xunantunich consists of a series of six plazas surrounded by more than 26 temples and palaces. At 40 meters (130 ft) the pyramid known as “El Castillo” is the tallest structure in Xunantunich and the second tallest structure in Belize, after the temple at Caracol.

The Cockscomb Basin Wildlife Sanctuary is one of the biggest, protected destinations in Belize. The reserve was founded in 1990 as the first wilderness sanctuary for the jaguar. Although roughly 60 of Belize’s 700 jaguars are believed to live in the sanctuary, your chances of seeing one are very slim. However, it’s an ideal environment for plant-spotting, bird viewing or seeking out other wildlife, and the trail system is the best developed in any of Belize’s protected areas.

Ambergris Caye is the largest of several hundred islands in the northernmost waters of Belize. The island is the top tourist destination in Belize, and its lack of high-rise hotels or big city traffic gives the island a relaxed, laid-back feel. Most people get around Ambergris Caye by simply walking. There’s a great deal of quality hotels in town, and many resorts on the island are less than a mile from the town of San Pedro, the only urbanized area on the island. Many travelers enjoy renting golf carts, which are the dominant form of transportation, next to bicycles. Located in northern Belize, Lamanai was once a considerably sized Maya city. The ancient ruins are not completely uncovered yet. Archaeological work has concentrated on the investigation and restoration of the larger structures such as the High Temple, a 33 meter tall temple. Since it was still occupied by the Maya when the Spanish arrived, Lamanai, which in Maya means “submerged crocodile”, is one of the few Mayan sites to retain its traditional name.

A popular peninsula in southern Belize, Placencia has the best mainland beaches, plus some of the most amazing offshore coral cayes. The eastern side of the Placencia Peninsula is a long expanse of white sand beach. The western side is bounded by a long and narrow bay. The beautiful beaches together with the abundant, inexpensive accommodation, make it a great place to relax and one of the attractions in Belize.

Siting high on the Vaca Plateau, 500 meters (1650 ft) above sea level, Caracol is the largest Maya site in Belize. It was once one of the largest ancient Maya cities, covering some 168 square kilometers (65 mi²). At its peak around 650 AD it had an estimated population of about 150, 000, more than twice as many people as Belize City has today. The largest pyramid in Caracol is Canaa (Sky Place), at 43 meters (143 ft) it is still the tallest man-made structure in all of Belize.

Caye Caulker is a small coral island in the Caribbean Sea and is accessible by high-speed water taxi or small plane. In recent years the island has become a popular Belize attraction for backpackers and other tourists for its (relatively) cheap prices, laid-back vibe, and abundance of restaurants and bars. The main mode of transport on Caye Caulker is simply walking. The paths are well defined, and crossing the island takes about 20 minutes. Bicycles and golf carts can also be rented.

The most popular dive destination in Belize, the Great Blue Hole offers divers interesting observations of limestone formations that mold its walls. This massive sinkhole under the water is near the Lighthouse Reef and creates a perfect circle of deep blue water. The deeper one dives into the Great Blue Hole, the clearer the water and the more breathtaking the scenery, as the array of bizarre stalactites and limestone formations become more complex and intense. Everyone dreams about retirement and one day living in an exotic tranquil locale, complete with sun drenched beaches and… Things to do San Pedro Belize

Ambergris Caye is the largest and most northern of Belize s islands. It is twenty five miles long and parallels Belize s…