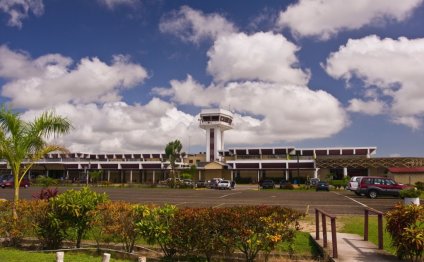 From the airport a taxi or a bus will carry you the roughly 10 miles into Belize City from where you can find a variety of transportation options to take you anywhere in the country.

Boats to the cayes leave from the Marine Terminal on the north side of Belize City's Swing Bridge.

There are several bus companies that offer service to points all over the country and can be found in the West Collet Canal area (Novelos's) in the western part of the city just a half mile from the city's center. Local buses that run to ladyville and smaller villages can be found near Pound Yard Bridge.

The Municiple Airstrip in Belize City provides connections to all parts of the country through two country airlines, Tropic Air and Maya Island Air.

Belize Tourist Board's offices can be found at 83N Front Street and makes information, schedules and bus timetables available to tourists free of charge and will usually have a staff member available to assist.

If you happen to get here on a cruise ship you'll be pleased to find the Belize Tourism Village is now open. Inside the center's main building you will find helpful staff and lots of literature about the country, district and the city including details on travel.