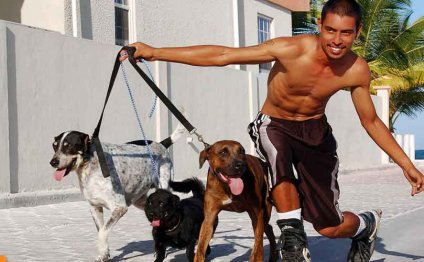 Here is a shortlist of must-do fun activities on San Pedro selected by our editors for your consideration.

Hol Chan and Shark Ray Alley: Hands down the Hol Chan Marin Reserve is the most popular attraction with tourists and most likely what any tour guide will recommended. The reserve covers almost 7 square miles at the south end of Ambergris Caye. Because of its proximity to Ambergris Caye, (just half mile offshore) access is convenient and visitors can enjoy snorkeling its magnificent coral formations and marine life diversity including nurse sharks and manta rays, and sometimes manatees who feed on the abundant sea grass in the area.

The name Hol Chan derives from the Maya name for “Small Channel”, and is in fact a naturally occurring break in the reef. Previously is was simply known as the Hol Chan Cut but Hol Chan is the name for the cut itself and the marine reserve it encompasses.

Visit a Maya Site: O.K. This is no Maya Temple center. To see the spectacular Maya Temples of Belize you need go inland to experience the grandeur of Caracol, Xunantunich, Lubaantun and others. But Ambergris has a modest 2, 000 year old Maya site, Marco Gonzalez situated on the island’s south end near Laguna de Boca Chica. It is believed that at its peak the ancient Maya civilization on Ambergris caye was about 20, 000, Marco Gonzalez is one of 18 small Maya sites identified in the area. Because of sea level rise, mangroves and relatively exposed geographic location and storms, much destruction has taken place. But Marco Gonzalez has seen significant development and reconstruction so that it is worth a visit if the visitor does not wish to travel inland to see the more spectacular Maya Ruins.

Diving: Ambergris Caye, believe or not, is not the first choice of SCUBA diving devotees. For SCUBA think more of Turneffe Island, Light House Reef and the Blue Hole. But the Island offers easy access to some interesting dive spots. One of the more interesting is Palmeros Point, 12 miles north of the island. The reef starts off at 50 feet and then meanders through some small canyons before making a modest drop of 110 feet. This is described as one of the better dive spots close to Ambergris Caye and excellent for marine photography. Other dive spots around Ambergris Caye include the Love Tunnel, so named because many people choose to get married underwater at this location. Divers launch from a canyon, and then glide to a cavern that has an opening in the roof that lets sunlight through. This is a drift dive that goes up to 80 feet underwater. Other dive spots of note in the area include Angle Flats, Eagle Ray Canyon and Cypress Garden.

Bacalar Chico: Bacalar Chico is located on northern Ambergris Caye. It is a longish trip, a little over an hour, but frequent stops for places of interest make this a worthwhile tour. Bacalar Chico is within the Belize Barrier reef Reserve System World Heritage Site established in 1996. On the way to Bacalar Chico the visitor will find excellent snorkeling spots along the way and even a nature reserve, Cayo Iguanu that is a nesting area for the red-brown egret and the roseate spoonbill. The ranger station at San Juan offers some small Maya mounds to explore and a nature trail. The tour includes motoring through the channel that the ancient Maya cut through what was then the southernmost tip of Mexico’s Yucatan Peninsula, creating Ambergris Caye and making it an island separate from the Mexican mainland

Ambergris Caye Nightlife: Ambergris Caye is notorious for being a non-stop party town. With so many visitors coming and going in and out of the island every day of the week there is action every night in what may be the party capital of Belize. The beach is lined with bars and restaurants and they are busy every night of the week, with spikes on weekends of course. One of the oldest and most popular and a good place to start bar hopping is Fidos which boast of having live music and entertainment every day of the week. Other bars of note are Wet Willies, Big Daddy’s and Jaguars discotheque.

Tour The San Pedro Lagoon: The San Pedro Lagoon used to be a natural looking area more used by fisherman and vegetable vendors than tourists, and a spot for sighting crocodiles and manatees. Well that has changed. A six million dollar investment has converted the area into a major hangout enclave complete with a spanking new board walk, water taxi terminal, a small park, and several kiosks sporting fast-food outlets, souvenir shops and a condo project to the back. A major facelift and an added attraction for Ambergris Caye. And the lagoon is still there! Everyone can agree with me that when you’re on vacation, there isn’t anything quite like hanging out by the beach, a cold…