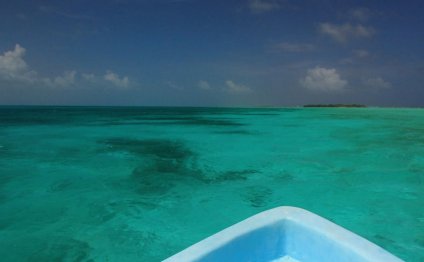 There’s a lot of agriculture in the Corozal District.

Most of the local people who live in Corozal are Mestizo, a mixed of the descendants from the Mayans and European-Spanish blood.

There are a good handful of expats in Corozal, although not necessarily in Corozal town but in some of the small villages surrounding it. A lot of those expats like Corozal because of its close proximity to Mexico. Chetumal is the border city in Mexico, with a population about the same as the population of the entire country of Belize, somewhere in the area of 300, 000 to 350, 000 people, and which makes it a medium-sized city for Mexico. Because of the large population in Chetumal, they have a lot of American franchises and American products. For example, they have Sam’s Club and a Wal-Mart. They have many supermarkets. They have a shopping mall with a 6-screen movie theatre. These are some of the amenities that Belize doesn’t have because of its smaller population. Belize City has only 95, 000 people, so we don’t have any American fast-food franchises because there’s not a large enough population to justify it. If you cross the border into Mexico, however, into Chetumal, you could go to McDonald’s. You could purchase a Domino’s pizza.

Some expats who choose to come to Belize don’t usually want that North American luxury at their fingertips but every now and then they’d like to be able to drive 20 to 25 minutes and access it. Some of the expats who live in Corozal appreciate that and maybe that’s one of the main reasons why they live there. In addition to that, there’s high quality medical service in Mexico and that’s something that perhaps a lot of the expats that live in Corozal like easy and quick access to.

Belize City does have some expats, including me, but it would be very small expat community as compared to some other more touristy and retirement centers in the country. I’ve been living in the Belize City area for over 10 years now. Typically, the expats who live in Belize City are working, as opposed to necessarily being retirees. A lot of the expats are working for some of the larger international companies. We provide our consulting and professional services within this general area.

Dive Belize with ReefCi based in Punta Gorda Summary: If you re thinking about moving to Belize, we have 5 great places to recommend based upon the experiences of expats…