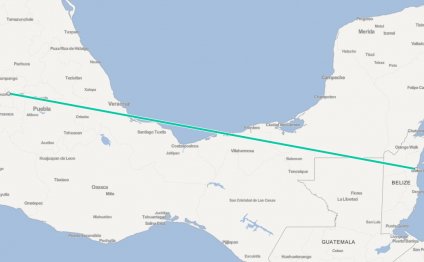 The new Houston flights will be made possible by the completion of an estimated $156 million five-gate international concourse now under construction at Hobby. The completed project will increase capacity for all airport functions and add a Federal Inspections Services (FIS) facility to streamline U.S. Customs and Border Protection screening and baggage processing for arriving international passengers.

"We're building our first-ever international terminal project to give Houstonians, visitors to Houston, and our connecting Customers exceptional value and legendary Customer Service in international markets for which there is great demand, " said Gary Kelly, Southwest Airlines Chairman, President, and CEO. "Service to Mexico will be the cornerstone of our international operation at Hobby and the four cities we are announcing today provide exciting travel and business options for consumers. Adding Belize to the Southwest network and growing our Costa Rica service continues our expansion to international destinations where our People and consumer-friendly policies can deliver as no other airline can."

The Houston Hobby International Terminal Project will add five new gates, enabling scheduled international service from Hobby. Southwest is working in conjunction with the City of Houston, which is preparing for the new facility with surrounding infrastructure improvements including a new parking facility, central utility plant and roadway improvements throughout the Houston Hobby Airport district. A study conducted by Houston Airport System estimates the Houston Hobby International Terminal Project would add 10, 000 jobs to the region and provide a $1.6 billion impact annually to the local economy. The study also expects the expanded facility to bring an additional 1.6 million air travelers each year.

Southwest is currently selling nonstop service on Saturdays between Houston (Hobby) and Queen Beatrix International Airport in Oranjestad, Aruba beginning flights are made possible by U.S. CBP Pre-clearance procedures, which provide U.S. border inspection in certain foreign countries including Aruba. This will allow Southwest Customers arriving at Hobby Airport from Aruba to deplane without further CBP inspections into the domestic terminal, quickly claim baggage and depart the airport, or make seamless connections to many of the more than 40 domestic destinations Southwest currently serves nonstop from Houston (Hobby). Feel at one with nature on an exciting canopy zipline adventure. Belize is famous for the lush tropical rainforest, and this… Cheap Flights to Belize City Discover a friendly waterfront town brimming with personality in Belize City, where the enchanting…