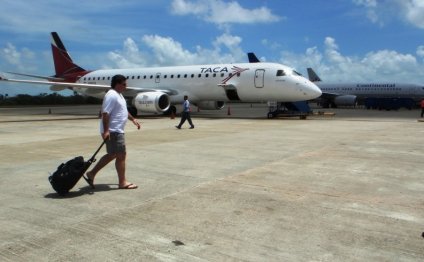 Discover a friendly waterfront town brimming with personality in Belize City, where the enchanting culture of the urban area serves as the perfect complement to the surrounding rainforests, coral reefs and Mayan ruins waiting to be explored. The cheap flights to Belize City and strong selection of comfortable in-town resorts make this locale an ideal home base from which to take adventures to every corner of the country; though Belize is small and easy to travel, its wealth of attractions rival any nation in Central America. Even if you plan to stay at a resort outside of Belize City, as the country’s transportation hub, you’ll likely spend some time there. Don’t miss the chance to get to know it.

Which Airlines Fly to Belize City?

Virtually all international commercial flights into Belize land at Philip S. W. Goldson International Airport (BZE), located about a half hour from Belize City by car. Fewer than 10 airlines fly routes to Belize, but among them are several major U.S.-based carriers: American, Continental, Delta and US Airways.

Direct flights to Belize are available through their major hub cities of Dallas, Houston, Charlotte, Atlanta and Miami, and single-connection flights that stop in one of these cities are available from virtually every major U.S. airport. Affordable indirect flights can often be found through airlines based in Central America and the Caribbean, such as TACA Airlines. These flights usually involve connections outside the U.S.

Find cheap flights to Belize by traveling on a Tuesday or Wednesday. Often extending your trip by several days can lead to significant savings in airfare.

Although 1961’s devastating Hurricane Hattie nearly leveled Belize City and forced the permanent relocation of its capital to the inland town of Belmopan, this is still the historical, cultural and commercial epicenter of the nation. If you take some time to walk the streets of this seemingly small town, you’ll find imposing colonial mansions just blocks from ramshackle homes, fantastic yet little-known eateries serving incredible Creole and Caribbean cuisine, and crowded taverns where locals huddle excitedly around TVs during televised soccer matches.

These are the experiences that make a stay in Belize City memorable, though there are a few noteworthy tourist attractions in the area. Old Belize is a large and interactive complex of indoor and outdoor exhibits detailing multiple facets of life and history in the country, but it’s also a recreational complex with a huge water slide, zip-line tours and one of the area’s best beaches. Steps away from some of the most affordable hotels in Belize City, St. John’s Cathedral stands as its oldest structure, having survived numerous storms and fires that have devastated the town over the centuries. The ornate edifice also has the distinction of being the oldest Anglican cathedral in Central America. Belizean Beach boasts a private and relaxing area to escape to. Featuring crystal clear waters from the Sibun Bight and white… Weekly Trivia Since Bar trivia is a popular night out here for many, I will go into more detail on that and list a few other…