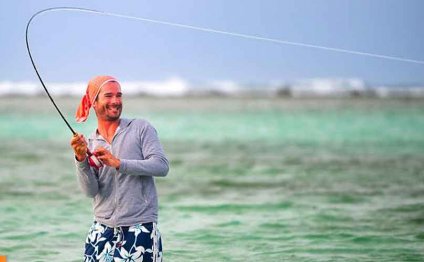 We are a neo-tropical climate, our temperature varies less than 10 degrees F year round. So rather than seasons, we have micro climate changes, where we are subject to the occasional cold front in the winter months. Wind is part of our tropical environment; some days are windy, some are not. We are semi-arid and get less than 25 inches of rain annually.

Our fish reside here 12 months of the year, plus the addition of a major tarpon migration in late summer. Any day of the year you can be assured that the fishery is diverse and abundant.

Months tend to blend into one another. If our "best" month is a 10, then our "worst" month is an 8 1/2 or a 9. Again, it's the vagary of a passing front that has more impact than the time of year. These fronts possess two common characteristics: they are unpredictable and they tend to be short-lived.

So practice your casting and come visit us and one of the world's premier saltwater destinations. On such a wintery day, I can’t help but daydream about my recent whirlwind trip to Ambergris Caye, a small island off the… Click to view each section: Call of a Welcoming Harbor Jutting out into the calm seas as a beacon for boaters and yachtsmen…