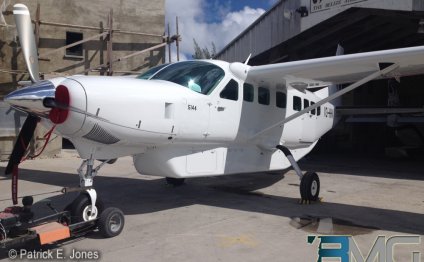 Flights from Cancun to Belize

I am back in San Pedro. Rhode Island to Cancun to Belize never seened like such a long trip. Yippeee! It does feel very good to be home. Particularly since I was somewhat holed up in Cancun for three nights (I know, I know…it could be so much worse) with this hard-to-shake cold. Three days in which, in my stuffed head, the relatively easy but time consuming bus ride from Cancun back to Belize became an insurmountable hurdle between me and my bed. It became my mental Everest.

So much so that I decided to try to new (and more expensive) option. FLYING FROM CANCUN TO BELIZE. Ahhhh….flying. Tropic Air in Belize now does that flight. Every day of the week but Saturday. For full information on the times and prices, please check the Tropic Air website.

So, here’s how it all works. The Tropic Air flight leaves from Cancun at 3pm Mexico time. You are advised to get there 1 hour ahead of time. One hour for an international flight? I am liking this already.

You arrive at the Cancun airport to Terminal One. Erase from your mind visions of duty-free shopping and gorging at Starbucks. This is the terminal you didn’t know existed. Private planes and Maya Air (a tiny airline that flies around the Yucatan – mainly to Cozumel only).

Tropic Air is in a tiny tiny tiny check in area/storage room. The world’s loveliest do-everything employee greets you. You find out later that he is the guy at the counter, the guy at security and the guy that helps you on the plane. I was almost ready for him to be the co-pilot.

Very much like the 90s show Wings. If you want something to eat, you’d better bring peso coins so you can hit the vending machine.

Sit down in one of the 20 seats and wait for a super star to deboard their private plane. This really is your chance.

The immigration officer actually comes to your seat to help you. Unheard of.

3pm…time to go. 10 of us went out to board the flight. You can see the big International terminal next door.

For those who like to know what type of plane it is, you can probably tell already but here is the flight card. It’s just like the planes we use to fly around Belize. (And by “we”, I mean Tropic Air.)

But instead of hovering at about 2500 feet like the intra-country flights, this baby is going up to 10, 000 feet. Oh my.

Here are some of my pictures from the flight. The bus ride from Cancun to Chetumal gives you no sense of what the beachfront looks like…it’s gorgeous…amazing. Once you pass Playa Del Carmen and Cozumel, relatively empty. I only wish there was some way to access Google Maps where you were up there…so many things I wasn’t able to identify until I got home.

What did we do before Google Maps?

I’ll at least put them in chronological order.

This is the Moon Palace just south of Cancun. My brother and his family have vacationed here with the young kids. They love it.

And then up, up, up. You can just see the arc of Cancun in the distance.

Into the clouds before we reached Cozumel…

they broke a bit just over the cruise ships.

After Tulum, you are flying over empty beach and then just mangroves. It is awesome. You feel like an explorer. Going where no man has flown before. Well…except the Google maps satellite…and that’s not really a man. And well…probably about 100, 000 drug planes. YOU GET MY POINT. It’s awesome.

Flying from Belize to Cancun Mexico Bus from Cancun to Belize City