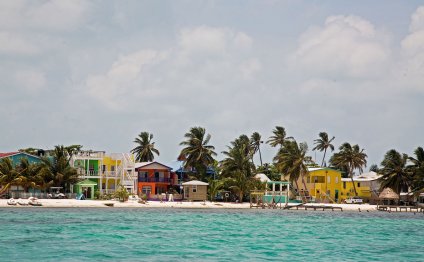 PHOTO: Belize’s government is seeking to establish a new international airport on one of its offshore islands. (Photo by Brian Major).

Belize’s government will seek to build a new international airport on Ambergis Caye, one of the country’s top offshore island destinations, said Prime Minister Dean Barrow in a public address this week.

Barrow said that following the completion of an 11-mile North Ambergris Caye road project that will enhance access to regional resorts, the Belize government will “redevelop, redesign and expand” the Basil Jones airstrip at the road’s end into a new international airport.

“I am also happy to announce that Basil Jones will be renamed the Efrain Guerrero International Airport in honor of the recently deceased San Pedro patriot, ” said Barrow in a speech during the country’s Independence Day celebrations reported by the San Pedro Sun website. “With this, we expect a veritable tourism explosion in Ambergris Caye, which is of course already our market leader, ” he added.

The airport will provide easier access to the international tourism market, said Barrow. The prime minister did not outline a timeframe for development of the new facility. Belize’s Phillip S.W. Goldson International Airport, located in Belize City, is currently the country’s main airport. Barrow said the government hopes “both the paved road and the airport will greatly benefit tourism and business development on Northern Ambergris Caye.”