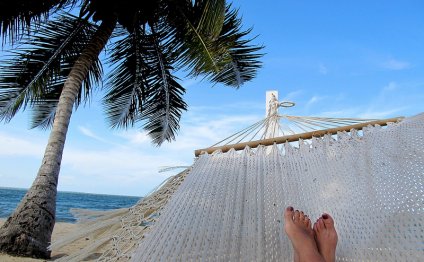 I want to move to Belize There are many reasons why Expats choose to move to Belize. Its warm climate, diverse cultures and the overall relaxed lifestyle of the country are just a few of the reasons. Moving to Belize, however raises several questions for expats and the whole process appears daunting especially when you may not know what to expect when it relates to the health care system, the education system, cost of living and other aspects of your new life in Belize. Here, we will provide you with a guide that we believe all expats moving to Belize should know.

Belize has a relatively well established medical care system both at the private and public sector level. In Belize, there are hospitals or poly clinics in every major city and town in the country with eight public hospitals and approximately 70 public health facilities that you can have access to. Anyone can attend these clinics or hospitals. Having medical insurance is recommended but not mandatory, for expats that are moving to Belize to gain access to healthcare.

There are two main private hospitals in Belize- Belize Medical Associates and Belize Healthcare Partners which are both located in Belize City. These private hospitals offer Pharmacy, Radiology, Laboratory and Operating Theatre Services. They employ doctors specializing in several disciplines including Paediatrics, Neurology, Dermatology, Internal Medicine, Obstetrics, Gastroenterology and Urology. These private hospitals are considered the best in Belize due to the higher level and type of care given by the doctors and staff at these institutions. The cost of a consultation at these private institutions range between US$25.00 – US$30.00 while the cost of a doctor visit at a public hospital is usually free or at a very low fee.

Expats moving to Belize with children should also be well informed about the education system in Belize. Belize offers many private and public educational institutions. The Belize school system is based on British education, which is broken into three levels: Primary, Secondary, and Tertiary. Children enter the education system at the age of five and begin their eight years of primary education. They attend two years of Kinder referred to as “Infant” classes in Belize, followed by six years of Grade School which is known as “Standard” classes in Belize. They then spend four years in High School/Secondary School. After which, students enter into the Tertiary Level system at Sixth Form which is a two-year course, where a student can earn an Associates Degree in a variety of majors including Science, Arts, Business, Sociology and Psychology. There are several Sixth Forms throughout the country including St. John’s College, Junior College, CorozalCommunity College and Muffles Junior College. Thereafter, a student may choose to attend the University of Belize or Galen University to attain a Bachelors Degree – this may take between 2 to 4 years depending on the major that the student chooses.

The cost of Education varies. Public primary Schools are considerably cheaper than their private counterparts as public primary schools are free with the exception of a small yearly registration fee, books and uniforms. Private Primary schools such as Island Academy in San Pedro amounts to approximately $3, 000+ a year.

The cost of a High School education in Belize also varies depending on the institution. Saint Catherine’s Academy, for example costs $500 a year (tuition & fees). Furthermore, attaining a Bachelor’s Degree at the University of Belize would cost around $675 a semester, which is tuition for 15 credit hours. In order to be enrolled in any school in Belize, a student Visa must be acquired from the Immigration Department. The cost of the student visa for primary and secondary schools is US$25.00 per school year, and the cost of the student visa for the tertiary level is US$25.00 per semester.

The Immigration Process is one of the most crucial questions that expats have when moving to Belize. If you are moving to Belize wishing to one day retire then you should consider these two options to be able to reside in the country. These options include becoming a Qualified Retired Person or becoming a permanent resident.

Reasons Why I Want To Move!

Want To Move To Florida?

I Want To Move It When is the Best Time to Travel to Belize for YOU? When considering the best time to visit Belize, the first thing that will…