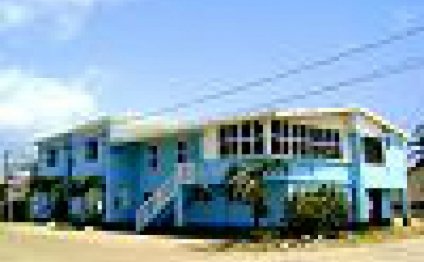 The cultural history of this region began with the Maya civilization building small settlements and ceremonial centers along the major rivers of the district. The Maya occupied this region of Belize from the Early Classic period to the Post-classic period (see Belize Timeline for more information, and also the Punta Gorda Southern Belize section).

Stann Creek, the political district that contains the towns of Dangriga, Placencia, Hopkins and many smaller towns is Belize's second largest district with 986 square miles of opportunities for the adventure minded traveler. This coast is dotted with small towns and fishing villages that offer cultural flavors in exotic combinations, and from them access to the spectacular cayes and remote reaches of the Belizean Barrier Reef. Beginning just a few miles inland, the territory hosts Mayan villages, the world's first jaguar preserve, a wealth of tropical forests, and a good portion of the Maya Mountains and National Parks.

Driving in from Belize City will bring you down the recently finished "Hummingbird Highway" that affords some spectacular views of the limestone hills blanketed by dark green broadleaf forests. Little villages and acres of citrus groves characterize the Stann Creek valley before you get to the historic home of the Garifuna people, Dangriga, where the Hummingbird Highway terminates its run. The beaches, rivers and forests of Central Belize, essentially absent major human populations since the fall of the Maya in the late 10th century, began to receive settlers from three separate areas in the early 19th century. Evidence suggests that in the early 1600's English buccaneers used the Placencia Peninsula as a small settlement and hiding place from the Spanish. In the late 17th century, European Traders and farmers known as Puritans settled Stann Creek Town (now Dangriga) and surrounding communities. Puritans called trading posts "stands", which over time was corrupted to "stann". With the growth of the banana industry in the Stann Creek Valley, Stann Creek boasted one of the first and only railroads in the country. These early Europeans started the banana and logging industries, both of which require large numbers of manual workers... and the Garifuna and Creole peoples came into the area, along with many other reasons, to fill that need.

The epic and tragic story of the Garinagu (what we know today as the Garifuna) begins in the early 1600's on the Caribbean island of St. Vincent. In 1635, two Spanish ships carrying Nigerian slaves floundered and sank off the coast of St. Vincent. The slaves that survived and swam ashore found shelter in the existing Carib Indian settlements. Over the next century and a half, the two peoples intermixed, intermarried and eventually fused into a single culture, the Black Caribs or Garinagu. By 1773, the Black Carib was the dominant population of St. Vincent. But European politics began to exert its influence throughout the Caribbean and the English began to assert their military superiority across the region. A series of wars between the French and British on St. Vincent culminated in a final battle on June 10th, 1796, where the French and their Carib allies where forced to surrender and leave the island. Thus would start a journey by the exiled Caribs in search of a home. The British deposited nearly 5, 000 the Caribs on the island of Roatan, Honduras. Shortly after, nearly the entire marooned population migrated to the mainland of Honduras and allied with the Spanish in the fortress town of Trujillo. From there, they slowly spread up and down the Caribbean coast of Central America.

According to tradition, the first Garifuna arrived in then British Honduras on November 19th, 1802. Today, there is one town in Toledo - Punta Gorda - that is considered nearly exclusively a Garifuna town, along with two Garifuna villages - Barranco (the oldest Garifuna settlement in Belize) and tiny Punta Negra. On November 19th, 1823, a large group of Garifuna from the Bay Island landed at the mouth of the North Stann Creek. The date of this mass landing is celebrated every year in Belize as a national holiday. The name of Stann Creek Town was changed to Dangriga (Sweet Water) in honor of the Garifuna people. The Garifuna culture still influences much of what happens in Dangriga, and other coastal villages such as Hopkins and Seine Bight.

At about the same time, the culture which is today known as Creole first arrived in Belize. These people are the descendants of African slaves imported to work the logging camps and European adventurers. Most of the slaves came from West African (between...