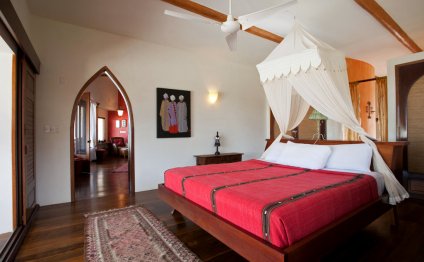 When checking prices in Belize, make sure you know if the price is quoted in U.S. dollar or Belize dollar. As one US$ equals two BZ$, this makes quite a difference!*
*All prices on this page are in US$.

Perhaps more than in any other retirement haven, your choice of lifestyle and location determine whether our benchline budget of $1, 200 will cover your costs for a month. A couple living in a spacious, American style house on Ambergris Caye, with all mod cons, a golf cart (the main form of transportation on this island) and private health insurance, will need about 3 to 4 times that amount.

But if you rent a simple two bedroom house in Corozal Town or San Ignacio, use public transport, buy local rather than imported food and take advantage of the public health care system, your expenses will be well below $1, 200.

Some home appliances are about 25% to 50% more expensive than in the U.S. or Europe. Good thing if you'd qualify for Belize's Retirement Program, as you could import up to $15, 000 of household goods duty free.

Location is a big factor both for temperature and rainfall. Cayo to the west, for example, can be several degrees colder than the coast, and during November night temperatures can fall to 8°C (46°F) - so take your good old sweater when traveling inland!

Geez, and I thought it rains a lot in Ireland! But even the wettest parts on the "Emerald Isle" can only just level with the dryest parts in Belize. Still, I'd much rather have a good tropical shower, that is over in one hour, than an all day-long drizzle - which soaks your soal rather than your skin!

Speaking of rain - flooding does frequently occur in the lower areas of Belize. Plus, Belize lies within the hurricane belt. According to the Belize National Meteorological Service, the likelihood of a hurricane hitting Belize in any given year is 17%, compared to 68% in Florida. Since weather records started in 1889, 21 hurricanes have brought more or less devastation to Belize, most of them occurring during the months of September and October.