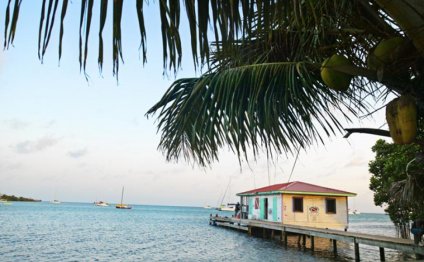 Emergence of the Nation. The metamorphosis of Belize from a colony to a nation followed a set procedure postwar Britain had followed with dozens of other colonies: handing over the instruments of political power gradually to a democratically elected leadership. In Belize, the steps included introducing adult suffrage in 1954 and internal self-government in 1964, concluding an agreement with Guatemala to continue negotiations over its claims to Belizean territory, and gaining full independence on 21 September 1981.

National Identity. The development of a national identity became a task for the political party that won all the elections until 1984, becoming the voice of the nationalist movement and therefore earning the right to receive the instruments of statehood from Britain. Heading the party was an elite group whose members were Creole, urban-based, well educated, and mainly of lighter skin color.

Ethnic Relations. Transforming the nature of ethnic relations was a crucial task for the emerging political elite. The major change was from a British-imposed pecking order to a system in which all ethnic groups would have full access to the rights and privileges of citizenship. It was a deliberately inclusive approach that was popular and gave the impression of generating full public participation.

Urbanism, Architecture, and the Use of Space

At a distribution rate of eight persons per square kilometer, Belize has one of the lowest population densities in the hemisphere. The impact of underpopulation and the dispersed location of communities becomes clear when traveling through the countryside for miles and finding clusters of small villages nucleated around small towns. Traditionally, communities were built along waterways— both seacoast and riverbanks— to facilitate the transportation of timber logs for export. This basic pattern still remains for almost all the towns.

Another trait reflective of the earlier easy availability of timber is the predominance of wood as the basic material for housing. Hurricane devastation, however, has led to the greater use of ferro-concrete for building after 1960.

The architecture has also changed with the use of the main building material. Up to the middle of this century the design of houses was influenced by styles from the turn of the twentieth century found throughout the British West Indies.

At the private level the current small sizes of houses for the large numbers of occupants leads to relatively small space available for individuals. On the other hand, there has been too little allocation of space for public parks, where children and adults can spend recreation time. The country's landscape, therefore, consists of a series of small but congested communities, an irony for a country with abundant land.

Food in Daily Life. Imported bleached wheat flour, corn, beans, rice, and poultry are the daily staples. There are hardly any food taboos, but there are beliefs across ethnic groups that certain foods, notably soups and drinks, help restore health.

Food Customs at Ceremonial Occasions. Apart from specific preferences for some food items at large religious ceremonies, especially among the Garifuna, the items eaten at ceremonies are basically those eaten daily. At such ceremonies, there are usually store-bought alcoholic beverages. Only in some rural communities are home-fermented fruit wines drunk.

Basic Economy and Trade. The national currency is known as the Belizean dollar. In the 1990s, there were periods when the country was self-sufficient in corn, rice, beans, poultry, pork, and beef, marking the first time that demand for those staples was satisfied consistently. However, the third largest import is food, which in 1996 amounted to 17 percent of total imports.

Food production for export receives favorable treatment by the government, including lobbying for international markets. The result is that food items—mainly sugar, citrus, and banana— accounted for 86 percent of exports in 1996 and contributed almost 80 percent of foreign exchange earnings.

Land Tenure and Property. The most pervasive legacy of colonialism in the modern economy is the concentration of land in large holdings owned by foreigners who use the land for speculation. This monopoly resulted in only 15 percent of the land available for agriculture being used for that purpose in the early 1980s. The government has never had a comprehensive land redistribution policy.

Commercial Activities and Major Industries. The gross domestic product (GDP) index shows the services sector (including banks, restaurants, hotels and personal services) as the largest, totaling 57 percent of a total GDP of $718 million in 1996. Within this sector, trades, restaurants, and hotels made up 18 percent. The main industry in the private sector remains agriculture, with fishing and logging lagging far behind.

Division of Labor. The most significant characteristic of the division of labor is the extensive movement of people, including foreign laborers entering agricultural industries andservice workers moving from their communities to areas where jobs are

available. Agriculture supplies about 30 percent of all jobs. It consists of manual labor dominated by men from Honduras and Guatemala. Belizeans predominate in professional jobs and white-collar services. They commute daily from various parts of the country or stay during the week in Belmopan, Belize City, and the cays, where tertiary-sector jobs are available.