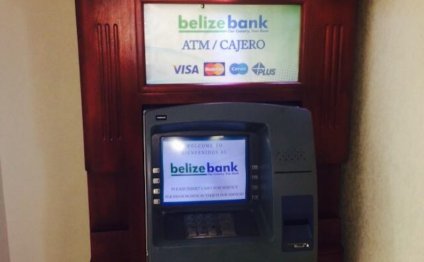 Tonight, Benque Viejo police are questioning one man after a 39 year old American Tourist, Anne Swaney was brutally murdered. Swaney was visiting Belize from Chicago and was last seen yesterday on the riverside near the Nabitunich Resort where she had been staying. That's a few miles outside of Benque Viejo Town, and this morning her body was found in the Mopan River. Daniel Ortiz just returned from the west, and he has the full story:..

Daniel Ortiz reporting
Nabitunich Resort, it's a few miles outside out of Benque Viejo Town, and like most of the top get-away type destinations in the Cayo District, it's remote, and perfect for the outdoor experience.

This resort is said to be excellent for horse-back riding, and the dream location for hiking with the beautiful Mopan River to trail along. But, the dream became a nightmare for the owners of the resort this morning when one of its guests was found dead in that river. She's 39 year-old American Ann Elizabeth Swaney, an executive producer from ABC 7 in Chicago, Illinois.

It's an unimaginable end to her vacation in Belize, and what's more is that police believed that she was sexually violated, killed and then dumped in the River.

The Commander of Benque Police told us how the case was first brought to their attention:

Supt. Daniel Arzu -OC, Benque Viejo Police
"Yesterday sometime around 5pm in the evening, Mr. Santiago Juan, a proprietor of Nabitunich Resort visited the station and reported that one of his guests went missing since morning of the same day sometime around 8am in the morning. We engaged an investigation. We also employ the services of the Canine Unit and conducted a search within the area. At the area we observed personal effects like clothing, boots and a knapsack is said to have been the property of a US National who is a guest of Mr. Juan, by the name of Anne Elizabeth McNab Swaney. She was nowhere around. We conducted a search, it went into the night, but because of the dark of the night we had to suspend our search and this morning again, we convened our search and sometime around 8:15 thereabout we encountered the body of Anne along the Mopan River. She was floating face down and we retrieve the body from the area and we observed that there were physical injuries to the body. In particular the head region. On her neck there were bruises and either side of her head has a laceration and that led us to believe that it was a case of murder. We want to believe that she may have been violated sexually, given the fact that she was partially nude." Police say that they found a Guatemalan man in the area, who had entered Belize illegally. As of right now, he's suspect number 1, and he will be interrogated.

Supt. Daniel Arzu -OC, Benque Viejo Police
"In the area we also found a Guatemalan national. His account was that he came into the country illegally and was on a fishing expedition. So we currently have him in custody and we will be pursuing an interview and investigation to for him to give account for himself and as well we will be relying on the results of the post mortem examination and the forensic evidence collected from the area."

This evening, we encountered the owners of Nabitunich Resort, and they had no comment. As a matter of fact, they asserted that their murdered guest was not found on their property. Police don't exactly agree with that.

Supt. Daniel Arzu -OC, Benque Viejo Police
"This is relatively a remote location on the property of Nabitunich Resort, but we are hopeful that we will get somewhere with this investigation. That is basically where we are."